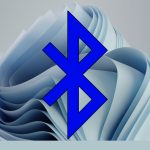 Windows 11 supports Bluetooth provided you have the hardware chip or a dongle connected to your system. Your Bluetooth drivers may not have updated for Windows 11 yet but you will find that generic drivers work almost as well. Bluetooth on Windows 11 Bluetooth can be enabled on Windows 11 and used to connect devices […]

Hibernate vs Sleep in Windows 10: What is the difference? 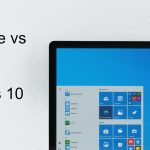 If you leave a Windows 10 system unattended for it will enter a low power state called Sleep. Windows 10 has a similar low power state mode called Hibernate. Much like the Sleep state, users have an option to manually put the system in Hibernate mode from the power menu. Hibernate Vs Sleep in Windows […]

How to use virtual desktops on Windows 11 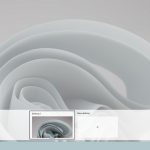 How to find the Windows 10 Startup Folder location 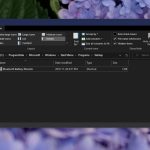 Windows 10 can automatically run apps at Startup. Some of these apps such as Windows Defender, are stock apps that the OS has added to the Startup items list. Other apps can be added or removed by a user. Some apps have a ‘Run at startup’ option in their settings which makes it easy to […]

How to add/remove widgets on Windows 11

How to join a WiFi network on Windows 11 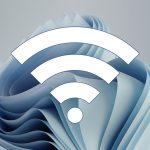 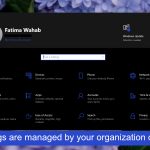 Windows 10 has two editions; Home and Pro. The Home version is meant for personal use which means you’re the admin of the system and remote deployment of software or group policy settings cannot be implemented on your system.  Fix Some settings are managed by your organization Windows 10 Home can be used with any […] 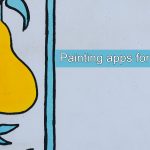 Windows 10 devices aren’t normally the kind of device you’d pick up if you want to draw something. Many users connect a digital drawing tablet or drawing pad with their Windows system when they want to draw. Drawing tablets, drawing pads, or devices like the Surface Studio or Surface Tablets all require apps in order […]

How to open and customize action center in Windows 11 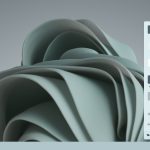 How to fix Second hard drive not detected in Windows 10 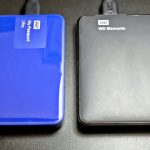 A Windows 10 system can support multiple hard drives. Some systems, depending on the motherboard they have, can support an internal SSD and an internal HDD. Likewise, you can connect multiple external HDDs (or SSDs) to a system.  A hard drive isn’t difficult to configure; it will connect over a simple USB port, it can […]

How to change and customize a theme on Windows 11 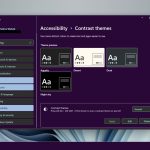 Windows has always had themes but in Windows 10, these themes have become conservative in what they allow users to change. The title bar changes color to match the wallpaper but little else happens. Windows 11 has a much more customizable theme feature. You start out with four pre-set themes however, users are free to […] 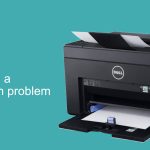 Printers are normally plug & play devices. Years ago, every printer came with its own installation disk with drivers meant for a particular model or a series of printers. Since then, generic drivers have been developed for printers allowing most devices to work with the drivers that Windows 10 installs. Fix printer has experienced a […] 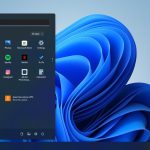 How to fix touchpad click not working on Windows 10 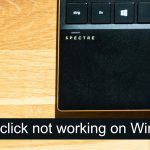 How to show hidden files in Windows 11 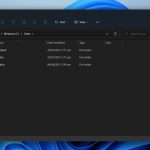 File Explorer has changed in Windows 11. The ribbon is gone and replaced with a much more concise set of buttons for managing files. There is a registry hack that can enable the Windows 1o File Explorer ribbon in Windows 11 but it may stop working by the time Windows 11 is rolled out to […]

How to automate mouse clicks on Windows 10 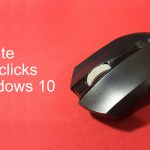 Automation allows users to skip redundant tasks and have them run without human intervention. It’s a great way to increase how much work gets done in a certain period of time. There are all sorts of ways to automate work on Windows 10. Scripts and scheduled tasks are one of the more common methods that […]

How to fix bad sectors in Windows 10 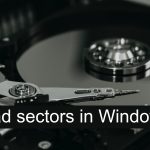 Hard drives are slowly being replaced by SSDs but the transition will take a few years before SSDs become mainstream and HDDs disappear completely. One of the reasons users prefer an SSD over an HDD, beside the price point, is because SSDs have a short lifespan compared to HDDs. Bad sectors in hard drives A […]

How to use Snap layouts on Windows 11 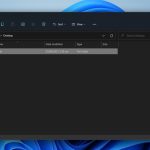 Snapping app windows has been an exceptionally popular feature in Windows. It was added in Windows XP and has remained a part of each new iteration of the OS. macOS users often install apps to replicate the feature. Snap layouts on Windows 11 Window snapping has remained unchanged for the most part. It works more […]

How to fix TeamViewer commercial use detected in Windows 10 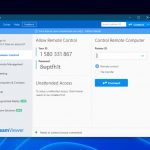 How to open Folder options on Windows 11 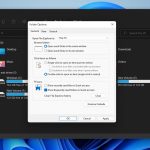 File Explorer in Windows 11 looks different than it did in Windows 10. Beyond the rounded corners and new icons, the ribbon has also changed. It’s much more comprehensive and you will find that many buttons are simply gone.  The ribbon in File Explorer was useful. It wasn’t cluttered with useless options and the new […]