Tap A Dropped Poke Ball To Setup The Next Throw Faster

Not many people could have predicted how popular a Pokemon game would be in 2016. It’s safe to assume though that even the most optimistic forecasts would have fallen short on predicting its popularity. Of course since no one could guess what a Pokemon game in 2016 would look like or how popular it would be, few of us had time to train to catch Pokemon. Those balls are tricky to throw. As players slowly progress to the next level, their aim improves but in the earlier stages you miss quite a few throws with the Poke Ball even when the Pokemon you’re trying to capture isn’t an evolved one or jumping around. Missed balls isn’t a problem since you can replenish your stock from a Poke Stop but there is the problem of the Pokemon disappearing before you can catch it, or it being captured by someone else. This problem is made slightly worse by the Poke balls that take their time to drop and then get ready for the next launch. In that precious sweet time, the Pokemon might disappear so here’s how to launch the next ball faster.

When you miss a Pokemon with a ball, it drops somewhere around it. It will continue to roll and even sparkle a bit before disappearing. Only after the dropped ball disappears does the next one ready itself to be thrown. To save time, the second you know you’ve missed the Pokemon look for the dropped ball and tap it. Tapping the ball makes it disappear immediately. 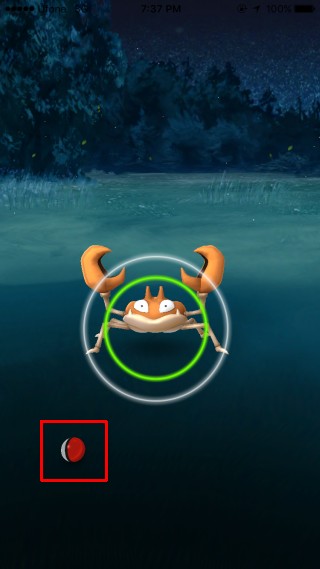 You don’t have to wait for it to finish rolling or anything. One tap and the dropped ball is gone. The next ball is quickly positioned to be thrown.

This method works with both AR mode On and Off. The balls disappear a lot faster by themselves if they drop somewhere outside of the camera view but not all balls will drop like that and the game will need you to intervene if you want to throw the next one faster.

Tags: Ball, Dropped, Faster, Poke, setup, tap, Throw
◀ Can Law Enforcement Really Track Someone Down with an IP Address?
How to Add a Contact in WhatsApp ▶